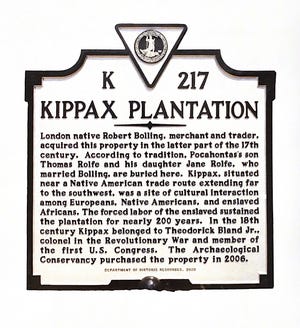 The site once contained the 17th-century home of London merchant Robert Bolling, whose first wife was the the granddaughter of Pocahontas. In 2002, archaeologists from the University of Kentucky unearthed the remains of the original house Bolling built on the property.  Kippax Plantation was located along the Appomattox River and was a diverse community built near a major trade route between the European settlers and the local Native Americans. You can read the full story from The Progress-Index here.

Video by The Progress-Index