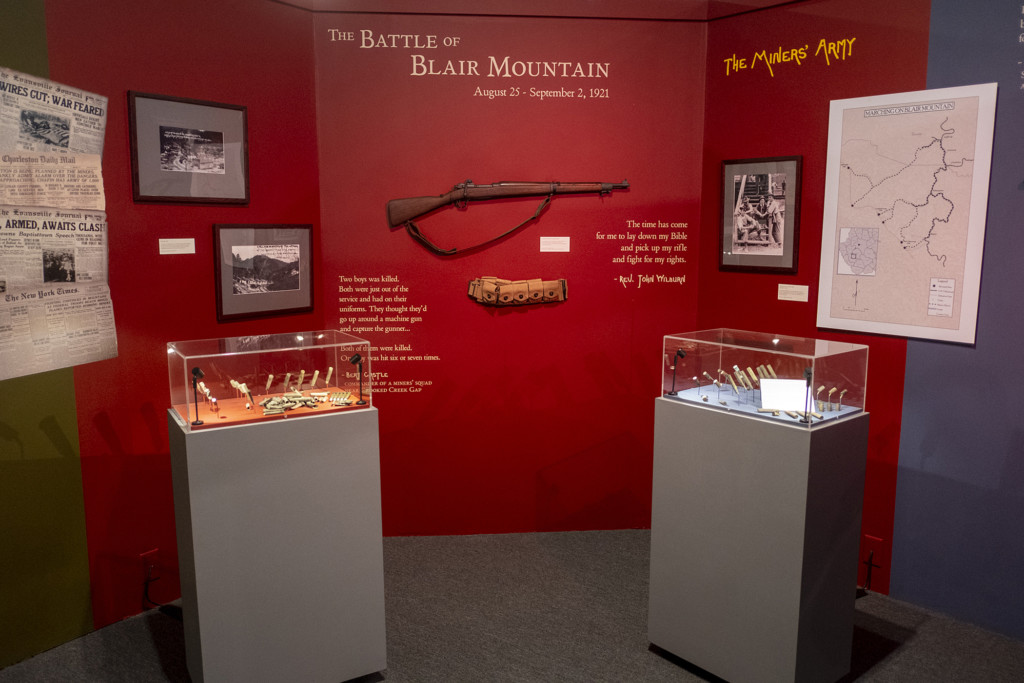 On the morning of August 30th, 1921, John Wilburn set off up Blair Mountain, in West Virginia, with two of his sons and a group of seventy or so miners. Earlier that week, Wilburn, a miner and part time minister, had decided that “the time has come for me to lay down my bible and pick up my rifle and fight for my rights.” Wilburn and his sons were part of a force of more than ten thousand striking miners who were on their way to liberate their comrades in Mingo County, West Virginia.

These miners had been arrested for violations of the martial law imposed on the county by Governor Ephraim F. Morgan to stop the conflict between the United Mine Workers and private detectives who would evict or kill miners who attempted to join unions. But to get to their comrades, they first had to get past Logan County Sheriff Don Chafin and his deputies. As Wilburn and members of the United Mine Workers of America marched toward the entrenched deputies, the whole country watched. President Harding sent General Harry Bandholtz from what was then known as the U.S. War Department with a message that the miners must be stopped. At the top of Blair Mountain, 3,000 of Chafin’s men with machine guns intended to do just that.

A century later a different coalition of archaeologists, activists, and historians have joined forces to describe, document, and preserve the scene of the largest battle in the West Virginia Mine Wars. Despite being the second largest armed uprising in U.S. history, and an instance of Black and white working-class miners fighting side by side, the mine wars are rarely taught in schools. Until the 1990s, the Blair Mountain battlefield was the subject of very little archaeological research. Indeed, a 1991 study funded by the coal industry suggested that most of the artifacts of the battle had been collected, or disturbed. Had it not been for the efforts of one local amateur archaeologist, the site might have been lost forever to another coal mine.

The Battle of Blair Mountain exhibit at the West Virginia Mine Wars Museum. | Credit: Shaun Slifer.

Red bandanas and buttons of the sort shown here were worn by protestors who participated in the 2011 March on Blair Mountain to oppose the removal of the mountain’s top for coal mining. The red bandana was a battlefield symbol for miners during the Battle of Blair Mountain, these modern bandanas recall the legacy of this symbol and bring it into modern interpretation. Red bandanas were a symbol for miners who fought in the Battle of Blair Mountain. | Credit: Collection of Wilma Steele, photo by Roger May.